Skins for the Standard Version 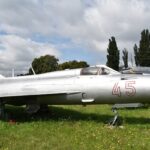 Hi, I have been monitoring the forum for a while now and I was wondering if skins will be made available for the standard version.

Is there a paint kit avalaible?

Hi, we are going to start uploading new skins on our site this week
As to paint kit - we also can upload simple version, but we don't know if it will be helpful because all skins with PBR tech are done in specialized programs (Like Substance painter)

First of all, thank you for providing me with a very nice Easter egg special, at a time that I was trying to cope with the prospect that I will never have my favorite "memory lane toy" available in P3D. After all, there is a God of the simming elders, and thanks to you guys, I have back, a very good looking "pipe" to play with.

Regarding the "extra" skins - what are your intentions? any specific skins you have in mind ?

Are you favorable for a more "direct" dialogue, regarding some aspects of the model ?

@hb707 Thank you for the warm words. We are always ready for direct dialogue!

We have uploaded the first skin to the downloads section.
If you have a specific request for skins - you can post references here

@al13_x Thank you...Looking forward to more -any camouflage skins from any air force would be highly desirable.

@al13_x, Thanks for the skin, it was only logical and respectful to represent the "country of origin" first.

Guys I would appreciate first of all, some guidance, or, confirmation if the issues I'm experiencing with the aircraft are simulator "bugs", as I've experienced similar type of issues with other payware aircraft, at the same time, I do not have P3D v5.05 Pro Plus for more than 60 days, and even it seem to be a copy of FSX, it is not quite.

I have cleaned the initial installation, I've let the installer do its job, in the "add-ons" section of the win documents folder and somehow, things have improved, but not entirely - the airplane still loads with weapons, and the nav lights and afterburner effects look odd.

Would you recommend re-install again the aircraft in the "normal" folder, "Airplanes", under "Sim Objects" of the actual simulator ?

@hb707
1 - We recommend installing the product by default in a separate "addons" folder (this approach is also recommended by P3D)
Inside the panel files there are important links that may not work if the files are moved to another location.

2 - As far as I understand, you have the Basic Edition, So, we just added the weapon to this config because there were a lot of requests from other users. But you can make it "clean" by setting "weapon_loadout = Weapon_Loadout_00" in aircraft.cfg or create any other config in the Attachments.xml file

4 - "Nav lights are visible thru the entire wing" - this is question to P3D developers, we can't fix this.
5 - Chinese dragon lights 🙂 - this is same issue as above - lights from afterburner (but it shouldn't be very bright, and soould be mostelly visible only at night)